I do my best to refrain from making political and religious statements because people are always so passionate on both spectrum of the topic. The last thing is to turn my lonely little blog into place where comments take over my little post.

I was listening to NPR, everyone should listen to NPR they have some awesome stories, and I came across this sound clip Hispanics Divided Over Census Boycott and it bothered me.

As a Latino, who waited in the line for 23 years of my life and finally became a US Citizen this year, I am bothered by using the Census the platform to voice your dissatisfaction of what you feel are unfair practices by the same government you are asking to be a part of.

Another thing that bothers me is that the word Illegal is slowly fading away when people talk about Illegal Immigrants.

I am tired of people saying their are x amount of hispanics in the US but we estimate xx more that were not counted. People will always use the xx number and manipulate that number as the reason why the schools are crowded, emergency rooms in bad shape, crime is up, and the need of new taxes.

Why not take this opportunity to let the numbers be official. So, that we can move forward to solution.

What bothered me most is that 2 people who are voicing the boycott Reverend Miguel Rivera and Nativo Lopez have a place of leadership.

For them to use the Census to try a mobilize the people who trust them with the same fear tactic that they claim the US will use.

I will always say that

#my2cents so thank you for your time.

It has been a while. So, how many of us who voted for our current President feel we are still moving forward?

I woke up Wednesday November 5th happy to find that Obama was still the “President Elect”. I then started to check the local propositions.

I rarely get emotional over anything when it comes to politics. So, I was going down the list of propositions. 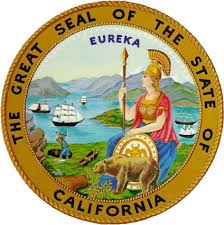 PROPOSITION 1A – HIGH SPEED RAIL BOND
Why do we need this? It cost me 50 bucks on Southwest to fly to San Francisco in an hour?

PROPOSITION 4 – RESTRICT MINOR’S ABORTION
I am glad to see even with an added clause that has nothing to due with the proposition did not trick people to vote yes. Although, I am not for Abortion. Restrictions on minors will only make them seek unsafe practices that can kill them also.

I then saw the results for

PROPOSITION 8 – SAME-SEX MARRIAGE BAN
Although it passed by a small margin. I can honestly say I felt pain. But, not the pain of being punched or kicked. The pain when a best friend lies to you or you find out your parents never told you that you were a twin.

I can not understand how a state that is so ready for change and voted for Obama can still have left over hate that want to continue and discriminate people.

It was only 40 years ago that it was illegal for 2 people of different races to married.

I guess what bothers me is the reason people voted yes.

They voted yes to protect the Children. So, having a child in a house where a mom and dad are violent and verbally abusive is safer then two loving parents that just happen to be of the same sex?

They voted yes to protect Marriage. If you wanted to protect marriage why not make divorce illegal? Wouldn’t that ensure people to really consider getting married and ensure a child always having two parents?

They voted yes to ensure their kids have good morals. So, being a parent and teaching your kids what is right and passing down your morals requires a law? Its better to teach your kids it is okay to hate a group of people because they don’t have the same believes ? So, I take it you were okay with Hitler ?

They voted yes because they were taught in school that marriage is between a man and woman. Well, I was thought in school that Christopher Columbus discovered America, Nixon was the first US president to visit the Soviet Union, Paul Revere went on his horse yelling the British are coming. Just because you learn it in school it does not make it right.

When we just elected the first non-white president. How can we still discriminate on other groups?

I think we will see this issue in 2012 but all the youth that voiced No on prop 8 will be eligible to vote then.

If your a Twitter addict like me and want to send a message to the YES on Prop 8 people. They can be found on Twitter at @protectmarriage

So, I am glad elections are not yearly. I only get political every 4 years and now I get to go sleep. But, to clear my mind I will need the help of No Doubt to take me to a time when all I worried was about school.

In someones life their are few events that you get to experience that are really historic. Obama announced as a “President Elect” is one of those moments. So, when people look back to think what they were doing when the historic moment was announced. I can proudly say Blogging.

In my opinion the Internet was the viral tool that helped spread Obamas message of change.

Living in California I experience the Obama viral effect. But, living in California I still do not understand how Prop 8 has 400,000 more votes for Yes. I understand the need to keep the moral compas in check. But, when you try to force your view on everyone that is when you have to realized it is a wrong move. The nations founding fathers fled one country to have the freedom to believe in what they believe with out the fear of prosecution.

So how can Prop 8 even make it to the ballot? Have we forgotten why the pilgrims came here? Was it not just moments ago where woman got the right to vote? How can we still encourage hate and discrimination?

People can still be who they are and marry who they want with out lowering the value of my marriage and preventing me from teaching my children my core values.

My dad once told me.

“Only God can pass judgement. The day you consider passing judgement is the day you see your self above God. Don’t ever let the day come when you think you are at God’s level.”

Till this day that has stuck with me.

I end this post with the hope what when I wake up tomorrow morning Obama is still the President Elect and Prop 8 is a big “NO“.

So, while we all wait for the states to start turning red and blue. I took the liberty in making my own prediction.

Now, before everyone in California send me hatemail because I colored it red. I am taking a wildshot to suprise people and make be my focal point on how good I am just incase their is a major upset in California. (It is very unlikely that California will be red but just incase)

Also, I know my image brakes my site. I am currently on the road and I really cant resize it at this time.

If you don’t like my map you can head over to CNN and make your own at http://www.cnn.com/ELECTION/2008/calculator/

Many things on this world are hackable. From the soda vending machine to the crosswalk signal.

I was suprise that the following information was taken down a website by the FBI / Homeland Security because a terrorist could use it to cross the street at any time. [enter laugh here]

… The most popular hack, which works on most models, is the “Instant Walk.” Three short clicks, followed by two long, one short, two long, and three short; turn any crosswalk signal from “don’t walk” to “walk” with a matching change in the traffic signals. …

I wonder how long before I get the G-Man knocking on my door.